Near a large suburban village nestled in a valley not far from the eastern area mountains in Africa, there was a large market place.  In this market many items were sold - - from foods to furniture to fine jewelry and art to refrigerators and stoves.  From flowers and flour to clothes and healing services, and in the far corner of the market place, and old grandmother sold soup.  It was good soup! Everyday, all day long, she would sell soup and near quitting time, she was almost sold out when a young boy would seek her out.  He came to her and said, "Grandmama, I don't have any money and I'm hungry, may I have some soup please. . .?
703.725.6593
ALL STORIES COPY WRITTEN BY  Baba Jamal Koram, Ed.S.

or 703.684.8587  griostoryman@gmail.com
Call for local, national and international bookings

A Kwanzaa Story by Baba Jamal Koram
Grandma always carried of piece of African cloth.  It wasn't always the same fabric.  Sometimes it was a large piece of Bogolofini.  Sometimes it  was a wonderful colorful piece of Kente cloth.  Or maybe it was Aso oke cloth, or Kuba cloth, but she always had a piece of African fabric.  "Why do you always carry that cloth with you Grandma," I would ask.  "Because, as a people, we forget too easy. . . ." 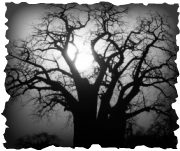 For a Storytelling with your Group
703.725.6593
Call for local, national and international bookings

Want to HEAR the Rest? Contact Baba Jamal
Back to the top 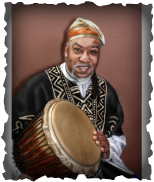 Sundiata Walks
(traditional) As Told By Baba Jamal Koram with references to D.T. Niani primary sources and a visit to Keyla, Niani, Segou, Mopti, and Dogon Country Modified for school youth consumption. . .The way the story is told depends on the audience in front of me. . .


When Sundiata was born, he was a big baby.  He was eating straight from the womb.  Everyone was amazed at his size and his appetite ! And even though he was big and he ate a lot, Sundiata took a long time to walk. . . 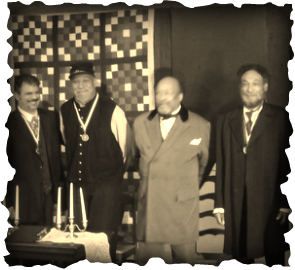 The Union ship, "Planter"  that Robert Smalls and his men commandeered from the Southern Forces months earlier, eased its way up the St. Mary's River with Robert Sutton at the helm. The US Colored Troops were on a mission, up this border river in Florida,  to retrieve building supplies. There were low and slow areas up-river which occasionally slowed the ship's movement and made these soldiers vulnerable to Confederate attack.
INterested? Please Contact Baba Jamal

From the Book AESOP: TALES OF AETHIOP THE AFRICAN, VOL. I
Aesop Fables as Written and Told By Baba Jamal Koram

A Jaru merchant from the Fouta Djalon mountain region of Guinea was on a trading trip to Tripoli in northern Africa.  He brought along his pet monkey, Kimu to keep him company.  In the middle of the great Sahara desert, a strong sandstorm blew in.  So strong was the storm that the blinding winds caused the Jaru and Kimu to be separated.  All hope seemed lost for the little monkey.  He did not know where he was.

From the Book AESOP: TALES OF AETHIOP THE AFRICAN, VOL. II
Aesop Fables as Written and Told By Baba Jamal Koram
Courage Allows Us to be Creative
When warriors would mardh into battle, the Jali would motivate them and rally them onward with his songs of valor.  Playing on the xalam, he would sing of past battles and deeds of bravery.

The queen of the Washitaw Empire had just returned from a trading trip with the Garifuna, Arawak and Inca.  She was attended by her elite guard as her ship move slowly up the Mississippi River.  The guard was trained to protect the queen at any cost.  It was a labor of love for these Washitaw warriors.  It wasn’t like any one was going to mess with dem, they were panther quick, powerful as grizzlies, some were 5 feet tall, and many were as tall as 7 feet.  Their skins shined with imported oils, and with auras, their hair locked long and strong.  Not only were these men and women powerful, but they were beautiful to behold.

Back to the top
Powered by